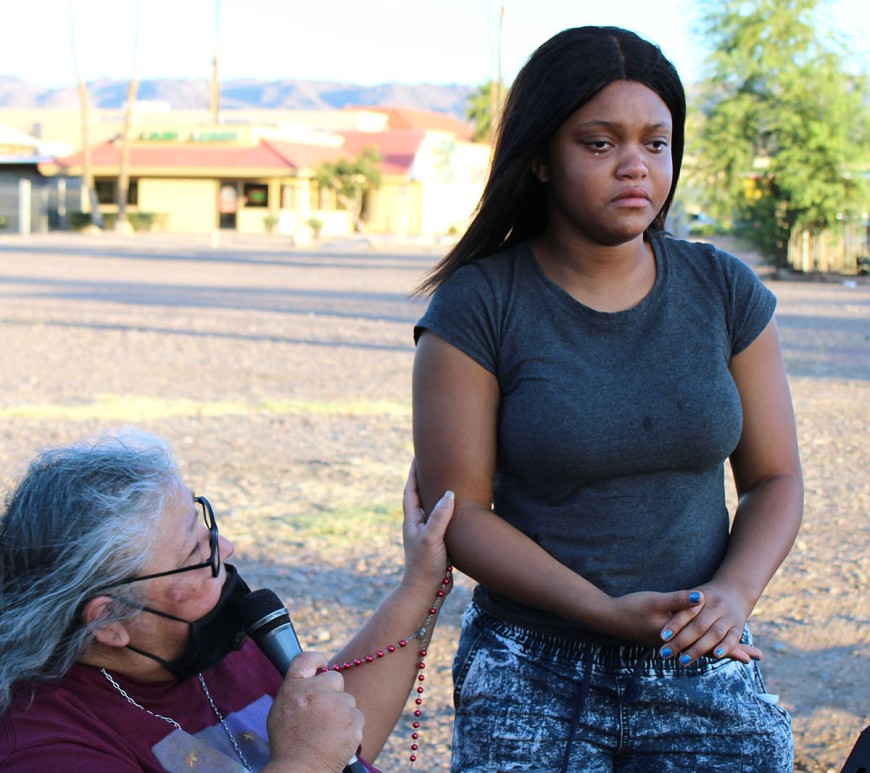 By Tony GutiérrezArizona Angelus PHOENIX — Walking along Central Avenue in South Phoenix June 13, Sannia Johnson noticed people carrying signs stating that “Black Lives Matter,” and knew that’s where she needed to be. Johnson, a 14-year-old African American girl, had just buried her father, Dion Johnson, the day before. The elder Johnson is among African Americans that have been killed recently in encounters with … END_OF_DOCUMENT_TOKEN_TO_BE_REPLACED

PHOENIX — Just as the prodigal son cried out to his father for forgiveness, so too we cry out to God the Father for the sin of racism, said Bishop Thomas J. Olmsted at a special Mass for Forgiveness of the Sin of Racism June 8 at Ss. Simon and Jude Cathedral. END_OF_DOCUMENT_TOKEN_TO_BE_REPLACED